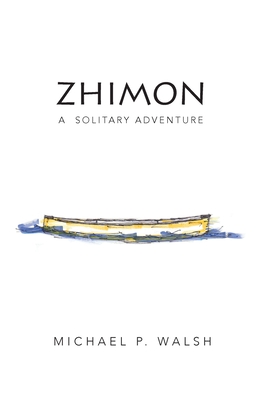 In 1987 the author set forth on his attempt to travel the Canadian inland water route used by the French-Canadian Voyageurs, the early traders who moved goods from coast to coast by canoe during the fur trade years of the seventeenth and eighteenth centuries. Despite his lack of experience as a canoeist Michael, a Vietnam vet, was hoping to realign his life in a solitary confrontation with the elements, and with himself.

His journey would begin in Montreal and with luck end more than three thousand miles later, somewhere above the Arctic Circle. After a surprise publicized send off this adventure would prove both enlightening and harrowing. As he paddled both upstream and down, trying to find his way through many unmarked waterways and portages, he would encounter both the wrath of Mother Nature and the beauty she can offer.

Now, thirty years after that solitary journey, Michael shares the story of what he and his faithful partner, Zhimon the yellow canoe experienced on that four month adventure following the path of the old Voyageurs.