Signal on the Hill: A Cole Williams Novel (Paperback) 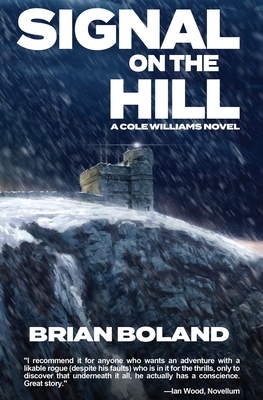 Former Coast Guard officer Cole Williams is taking a big mental and emotional break. He's hoping some time with an old buddy in the winter wilds of Newfoundland will calm the conflicts he's feeling after a lifetime of running fast boats throughout the Caribbean on both sides of a brutal drug war. There is a lot for him to think about as he wanders through the fog and salty air of a remote seaside town. Cole is contemplating mistakes, misdeeds, and loss, trying hard to isolate himself from it all-but that can't last. Before long, he's up to his eyeballs in a dangerous plot involving drugs and guns that his old friend has discovered. Like it or not, Cole Williams must get back in a deadly game, operating as he always does in that little sliver of darkness between good and evil.