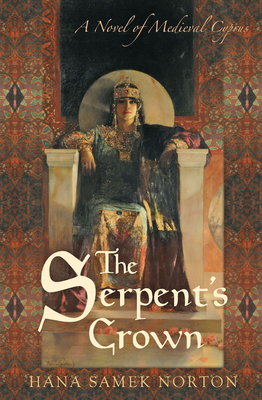 In the Holy Land, an assassin waits to strike down Aimary de Lusignan, King of Jerusalem and Cyprus. He belongs to a clan of ambitious and rebellious Poitevin barons, reviled and admired from France to the Holy Land, rumored to be descended from the legendary half-serpent Lady Mélusine.

In Poitou, her years spent as a novice hardly prepared the plain and pious Juliana de Charnais to become the wife of Guérin de Lasalle, the Lord of Parthenay. A former mercenary with a formidable pedigree, Lasalle is a man singularly averse to conventions secular and spiritual.

When a messenger arrives from the Holy Land, enticing Lasalle back into a life he had abandoned, Juliana embarks on a perilous journey, only to find herself trapped in intrigues as byzantine as they are deadly between the Lusignans and the Ibelíns, two related and bitterly rival families. On Cyprus, the island of Aphrodite, Juliana and Lasalle find that loyalty, like love, comes in many guises, and that duty and honor require of them a terrible sacrifice.

Hana Samek Norton grew up in the former Czechoslovakia exploring the ruins of castles and cloisters where she became captivated by history and historical fiction. After immigrating to Canada, and later moving to New Mexico, she earned history degrees from the University of Western Ontario and the University of New Mexico. She currently lives in the Land of Enchantment, is married to an Englishman, works as a consultant, and occasionally teaches. She is a member of the Historical Novel Society which gives her a chance to meet her favorite authors and fans of the genre, enjoys spending time with her husband, travel, gardening, and chasing down obscure references. The Serpent’s Crown is her second novel.