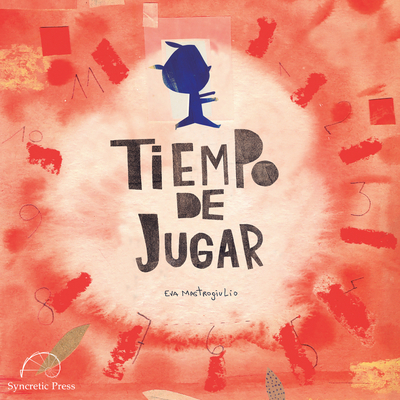 
Email or call for price.
Juana, una ni a sin preocupaciones y sin apuros, se encuentra un reloj. Y a trav's del reloj conocer el Tiempo. Su nuevo amigo la llevar por una monta a rusa de actividades, a una velocidad vertiginosa. No hay tiempo que perder , dice. Juana tendr que cambiar algunas cosas para recuperar su tiempo y volver a disfrutar sin apuros. // Juana, a carefree and happy girl, finds a watch. And through the watch she meets Time. Her new friend will take her on a roller coaster of activities at a wild speed. There is no time to lose , Time says. Juana will have to change some things to regain her joy and, most importantly, her time.
Eva was born in 1980 in Buenos Aires, Argentina, where she currently lives. She is a graphic designer, graduated from the University of Buenos Aires, where she was also faculty for many years. In 2003 he discovered the world of children's books illustration and never left it. She published her works in several magazines, textbooks and literature. She exhibited works in several collective shows and galleries in Buenos Aires. In 2013, she was the winner of the Poster Contest of the Argentine Children's Book Fair. In 2019 she was a finalist at the Golden Pinwheel Young Illustrators Competition.