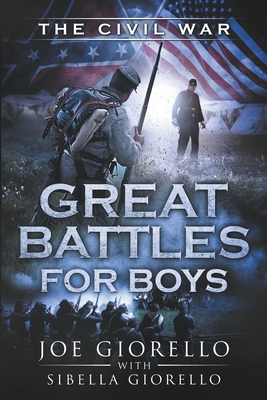 Great Battles for Boys is the bestselling history series that sends young readers "into the fight." Boys learn about military leaders, weapons, and strategies that won--or lost--history's most important battles.

More Americans died in this war than all other wars combined--more than 600,000 soldiers. But what REALLY happened?

From the first shots fired at Fort Sumter to the South's surrender at Appomattox, young readers move chronologically through 20 crucial battles that cover all four years of the Civil War. Boys will learn about the leaders, strategies, tactics, and weapons that earned victory--or suffered defeat.

Reviews of the Great Battles for Boys series

"This book should be in school libraries everywhere. It is a treasure trove of information that is engagingly written that makes one feel they are in a great classroom with a great instructor sharing his knowledge in a fun way." -- 5 Stars, Top 10 Amazon Reviewer