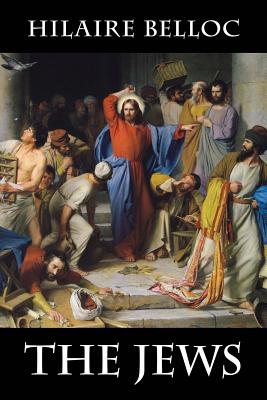 "It has been a series of cycles invariably following the same steps. The Jew comes to an alien society, at first in small numbers. He thrives. His presence is not resented. He is rather treated as a friend. Whether from mere contrast in type--what I have called 'friction'--or from some apparent divergence between his objects and those of his hosts, or through his increasing numbers, he creates (or discovers) a growing animosity. He resents it. He opposes his hosts. They call themselves masters in their own house. The Jew resists their claim. It comes to violence."

"It is always the same miserable sequence. First a welcome; then a growing, half-conscious ill-ease; next a culmination in acute ill-ease; lastly catastrophe and disaster; insult, persecution, even massacre, the exiles flying from the place of persecution into a new district where the Jew is hardly known, where the problem has never existed or has been forgotten. He meets again with the largest hospitality. There follows here also, after a period of amicable interfusion, a growing, half-conscious ill-ease, which next becomes acute and leads to new explosions, and so on, in a fatal round."

"If we are to stop that wheel from its perpetual and tragic turning, there seems to be no method save that for which I plead."

"For if the quarrel is allowed to rise unchecked and to proceed unappeased, we shall come, unexpectedly and soon, upon one of these tragedies which have marked for centuries the relations between this peculiar nation and ourselves."