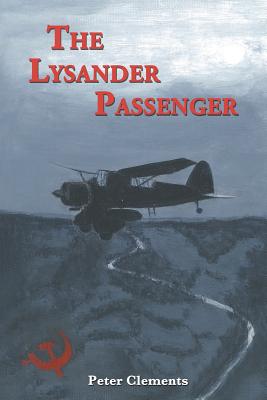 The Lysander Passenger is a story of treachery, betrayal, and duplicity; human failings that all men and governments are capable of, and which can cause many deaths in wartime.

Britain, in 1942, should have been a safe place for a French resistance fighter visiting his handlers in the Security Intelligence Service.Sergeant Ian Gifford of the RAF, along with other pilots of the Special Squadron at Tempsford, risk their lives with every flight into occupied France. For their enemy is not only the Luftwaffe, but the weather.

Four Soviet agents dropped into France by the RAF knew their chances of fulfilling their secret mission were close to zero, but Moscow gave them no choice.

This compelling tale of World War II intrigues involves combatants from several nations, all depending on transportation on the British Lysander aircraft. As an aviator, the warplane has intrigued the author for years. The Lysander was one of the great special mission aircraft of WWII, requiring exceptional low-speed handling, downward visibility, and short takeoff and landing capabilities. The missions were extremely dangerous, as the planes had to drop off or pick up downed airmen and special agents, explosives, weapons, and other supplies from tiny improvised airstrips in enemy territory.

Peter Clements has written five novels. He holds an honour's degree in political science from the University of Canterbury. Grandfather of seven, he is a retired airline pilot and has also worked in film, television and radio, and ran his own video company. Born in the UK, the author has lived in Canada, West Germany at the time of the Berlin Blockade, the Middle East with the Royal Air Force, and now resides in Christchurch, New Zealand.