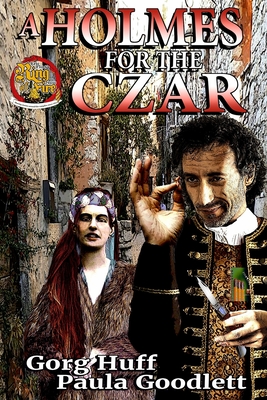 Ufa is going crazy. The new capital of the legitimate government of Russia, once a trading post in the far east, is now a fast-growing boom town. Into this maelstrom come peddlers and exotic dancers, criminals and craftsmen, nobles and assassins. Crime is running rampant and the city guards that passes for policemen don't have a clue how to handle it-and wouldn't know a clue if they stumbled right over it. They can manage to walk a beat, at least in broad daylight. But solve a crime?

Not a chance. And Czar Michael Romanov and his officials aren't any help, since they're pre-occupied with building a nation out of spit and bailing wire.

But the bargirl who was murdered had friends who cared. And thosefriends call in Vasilii Lyapuno, an engineer working at the newly-founded Dacha in Ufa and loves up-timer murder mysteries.

Can Vasilii track down the killer? Luckily for him, he has the assistance of another bargirl named Miroslava, who has a unique way of seeing the world. Together they might figure out who did what to whom and who was responsible for the crime.

Crimes, rather. Murder starts adding up.