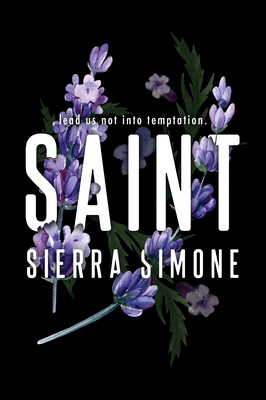 It would take a saint to resist Elijah Iverson.

Aiden was the last person in the world anyone expected to become a monk. But the decision to become a monk saved his life, and he's determined to do it right, even if it's taken him from his millionaire party-boy lifestyle…and the love of his life, Elijah Iverson. Four-plus years haven't made letting Elijah go any easier, but at least Aiden hasn't had to come face-to-face with those whiskey eyes and soft mouth since he left. That is, until Elijah shows up on his doorstep, assigned to accompany Aiden on a European monastery road trip for an article he's writing.

The pull is still there between them, but Aiden knows he can't have Elijah back. He broke his heart when he left, and now Elijah's engaged to someone else. Aiden chose God. He chose his vows. Except, between whispered confessions and stolen kisses and moments bent over an ancient altar, those vows are feeling flimsier by the day. Vows or not, it would take a saint to resist Elijah…and Aiden's sure as hell no saint.

Sierra Simone is a USA Today and Wall Street Journal bestselling former librarian (who spent too much time reading romance novels at the information desk). Her notable works include Priest, American Queen, and Misadventures of a Curvy Girl, and her books have been featured in Marie Claire, Cosmopolitan, Entertainment Weekly, and Buzzfeed. Sierra lives with her husband and family in Kansas City.