Murphy Murphy: And The Case of Serious Crisis (Paperback) 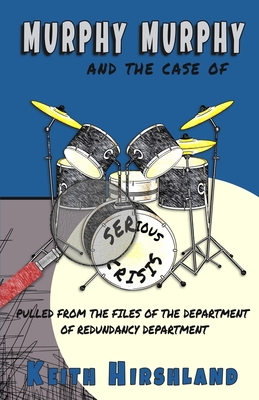 Murphy Murphy comes from a long line of male Murphys. All were named Murphy and all were cops. This Murphy heads the Department of Redundancy Department and his superior officer, Captain David "Dud" Hill has found him a case. The Captain's niece is in a rock 'n roll band called Serious Crisis, and it seems items belonging to members of the band have started to disappear.

Were these items stolen? Were they simply lost? As Murphy Murphy works the case, he must chase down the clues all the while dealing with grammatical anomalies that drive him crazy. As Murphy gets closer to the answers he seeks, one more "thing" goes missing; the Captain's niece. Suddenly, in an instant, the stakes in the case of Serious Crisis become a lot more dire.

Part Jasper Fforde, part Michael Connelly; Murphy Murphy and the Case of Serious Crisis combines humor, mystery, and grammar goofs as the detective pursues clues and suspects from coast to coast. It's an entertaining and educational read for all ages.