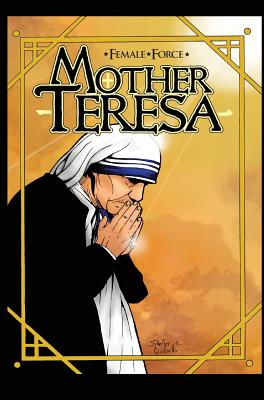 Special hard cover editon. Mother Teresa of Calcutta was a Roman Catholic nun, founder of the Missionaries of Charity, and receipient of the 1979 Nobel Peace Prize in recognition of her humanitarian work. This graphic adaptation reveals the true story about her love, her service, and her dedication.

As featured on CNN, FOX News, Time Magazine, The Washington Post, LA Times, OK Magazine, and MSNBC Female Force is a series that features biographies on strong, independent women that have made a difference in the world.