MEMOIRS OF EXTRAORDINARY POPULAR DELUSIONS AND THE Madness of Crowds.: Unabridged and Illustrated Edition (Hardcover) 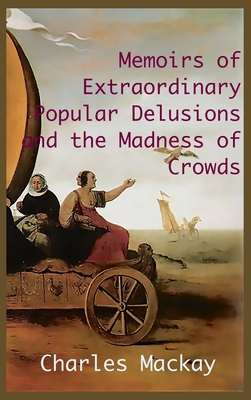 "We find those whole communities suddenly fix their minds upon one object and go mad in its pursuit; that millions of people become simultaneously impressed with one delusion, and run after it"...
Does this sound familiar? We had this fever in 1929, 1987, 2008, 2000, and NOW

The subjects of Mackay's debunking include alchemy, crusades, duels, economic bubbles, fortune-telling, haunted houses, the Drummer of Tedworth, the influence of politics and religion on the shapes of beards and hair, magnetisers (influence of imagination in curing disease), murder through poisoning, prophecies, popular admiration of great thieves, popular follies of great cities, and relics. Present-day writers on economics, such as Michael Lewis and Andrew Tobias, laud the three chapters on economic bubbles.