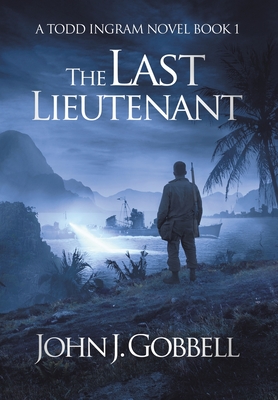 "Powerful and engaging. Truly an inspiring and emotional story of bravery and sacrifice ... a must read." --Nelson DeMille, #1 NYT Bestselling Author

Bataan has fallen to the Japanese. The Philippines seem sure to follow. When a general surrenders the last American outpost in the West Pacific, Navy Lieutenant Todd Ingram refuses to give up the fight.

Taking to sea under cover of darkness, he leads his ten man crew to accomplish the impossible....slip through Japanese naval blockades, travel 1900 miles to Australia, and singlehandedly stop a ruthless Nazi spy.

There are no reinforcements. There will be no rescue.

And if Todd fails, he won't just lose his crew...he'll lose the woman he loves, too.

In the heart-pounding tradition of Ken Follett's Eye of the Needle comes a thriller brimming with raw courage, non-stop action, and an unforgettable villain.

Praise for John J. Gobbell and THE LAST LIEUTENANT:

"There are no greater tales of epic combat than the fight for Corregidor and the Battle of Midway. John J. Gobbell masterfully combines them into a gripping war story that will be considered a classic in the decades to come." --Clive Cussler

"Gobbell has, for me, personally resurrected the novel of World War II in the Pacific, combining thriller with war novel. The Last Lieutenant] calls up memories of The Naked and the Dead and James Jones. A first-rate accomplishment." --Thomas Gifford