Shadow on the Minotaur (Paperback) 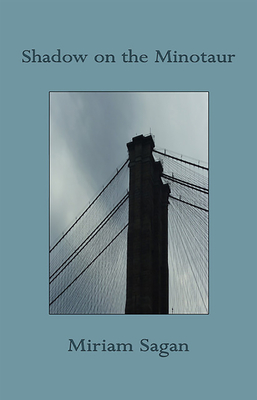 Fiction. Can a person heal, or recover from personal and historical trauma? This is the question asked by Thea, heroine of the novella SHADOW ON THE MINOTAUR. Leaving Sarajevo after the war, she ends up on a block in Brooklyn attempting to start a new life, only to find she is unable to cross the street. And everyone from the cabdriver to the Polish landlady can see that her shadow is missing. All she wants to do is shop at the Imperial Grocers, but she can't cross the avenue. Confined to the block, she meets unconventional Hassids, an African-American woman pastor, a blind Cambodian gardener, perky yoga teachers, a doctor of Chinese medicine, an academic curandera, and many more characters. As the rabbi tells her: New Yorkers, they pay attention. People say the city is heartless, but it isn't. It's not a sweet or nice way of caring, but it is caring. It turns out, Thea can leave the block, but usually only through dreams and memories. And eventually through the discovery of a huge subterranean nightclub, Babel, that opens its doors beneath the earth. Enter a new boyfriend, an old one, and a meddling Russian sorceress. Through this labyrinth, Thea seeks a re-union with herself.

There is also a cake recipe. This novella was begun in 2017 and completed during the pandemic lockdown in 2020.

Thea arrives from war-torn Sarajevo carrying dark secrets and the paralyzing losses of family, homeland and, mysteriously, her shadow. From its first pages, Miriam Sagan's THE SHADOW ON THE MINOTAUR plunges the reader into a magically real world where humanity's darkest truths collide with mystical cleansing forces. Unable to cross the street, Thea's own maze turns into a Brooklyn block inhabited by Chinese doctors, yogis, Hasidic Jews, plant sellers and spiritual leaders, each of whom will play a role in finding Thea's shadow and helping her reconcile her past. Sagan creates a world brimming with quixotic charm and humor--think chocolate babka with rum consumed alongside mythical creatures wearing black leather pants. That particular creature offers some particularly apt advice, telling Thea: 'You are everyone in the maze--the hero, the monster, even the ball of string.' Ultimately, Sagan portrays Thea's journey and repudiation of the underworld with depth and propulsion--although the reader is sorry to leave her story so soon.--Julia Goldberg

SHADOW ON THE MINOTAUR is a magical, gem of a book about immigration, the legacy of war, and the healing power of cake and strangers. The perfect read for our time. Miriam Sagan is a national treasure.--Ariel Gore