Tales From the Mermaid and Tiger: Engines of Change (Ring of Fire #11) (Paperback) 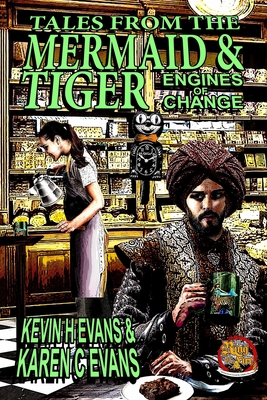 Tales From the Mermaid and Tiger: Engines of Change (Ring of Fire #11) (Paperback)

This is book number 11 in the Ring of Fire series.

In 1636, near the docks in Copenhagen, a new and unusual tavern opened. What makes the tavern unique is food and drink reputed to come from the far future. The establishment promotes optimism and new ideas, and quickly becomes a center of innovation. Sailors, workmen, scholars, spies-noble and commoner alike-flock to The Mermaid and Tiger. Momentous things have been happening in Copenhagen. An airship was built and ventured off to the far port of Tranquebar. A great war was concluded, if not in victory then at least not in outright defeat. A Danish prince will even become the future emperor of the United States of Europe. There was work to do and money to be made Into this tumult a young man from New Spain is thrust. Diego gets a job as the chocolatero of The Mermaid and Tiger, and works with Reva Pridmore to develop chocolate like she remembered from up-time. In the process, he meets and hears stories from others who have adapted the airship steam engines to solve their problems. Soon, there will be an engine in every shop, it seems. Diego's world-everyone's world-is changing, and nowhere are tales being told like those in The Mermaid and Tiger.