Things Could Be Worse: The Pastor Kastenmayer Stories (Ring of Fire) (Paperback) 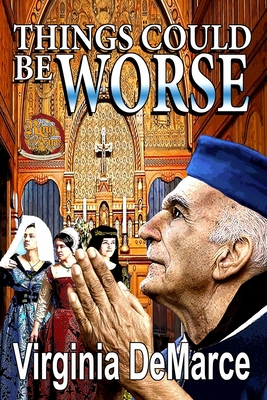 Things Could Be Worse: The Pastor Kastenmayer Stories (Ring of Fire) (Paperback)


Email or call for price.
The Ring of Fire that transported the town of Grantville from West Virginia in the year 2000 to the region of Thuringia in the middle of Europe in the year 1631 produced an enormous cascade of changes in world history. Some of those changes were big, others were huge-and some were more modest in scale. Modest, at the least, to the universe, if not necessarily to those immediately affected.Count Ludwig Guenther of Schwarzburg-Rudolstadt builds a Lutheran church on his own land, not far from Grantville, and calls in a Saxon pastor of a Phillipist bent to serve the Lutheran refugee population of the area. Shortly thereafter, in April 1634, the pastor's older daughter meets and elopes with a Catholic up-timer, which prompts Kastenmayer to get Lutheran girls to marry unchurched up-timers and thereby recruit them into the parish. In the years that follow, Pastor Kastenmeyer copes with both existing ecclesio-political strands of down-time religion (from Stiefelite Lutheran heretics to Flacian Lutheran ultra-orthodox) and the strange new up-time world of shorts, blue jeans, and unknown religious denominations. His struggles and travails have a surprisingly revolutionary impact on seventeenth-century Lutheranism-perhaps to no one's greater surprise than the pastor himself.