Pass Interference: History of the Black Quarterback in the NFL (Paperback) 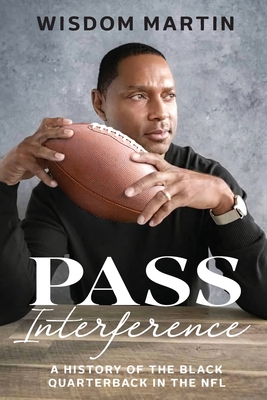 
Pass Interference sheds light on the struggles of Black quarterbacks dealing with racial stereotypes that kept them off the field. Throughout this book Black players express their anguish as they struggled to prove themselves as valuable players. In many instances, you can see that their struggles, criticisms, and let downs were real. They share their stories of how they endured racism, pushback, put down, and verbal abuse from the fans, been left out of important decision making meetings, while being overlooked in the NFL draft despite their success and accomplishments.The interviews go all the way back to the 1950s during pro football's early years when there was a ban on Black players. The journey covers barriers broken with the first Heisman trophy winner Andre Ware, the first Super Bowl winner Doug Williams, and the first overall pick Mike Vick. It tells the story of those who were extremely successful in college but were ignored and passed over for players who weren't as good record wise or statistically. The book takes a look at every aspect of race and how owners, coaches, media, and fans consistently created the false narrative that Black athletes were not smart enough and would not lead a team to a championship. From the dark side of football as seen through the eyes of players, some of whom have passed on, others who are still with us, we are enlightened through their own words.