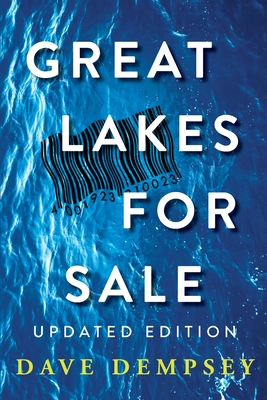 "Lake Michigan may be coming to Idaho."

That's what an Idaho radio commentator said in June 2021. Holding approximately 20% of the world's surface freshwater, the Great Lakes are once again a target for the drought-ridden West, which is facing climate change, massive fires, and shrinking water supplies. And in a potentially far bigger threat, Wall Street is creating markets that could lead to the trading of freshwaters as a commodity like corn or oil. The Great Lakes are in danger of becoming privately exploited on a large scale by those who have priorities other than stewardship.

In Great Lakes for Sale, Dave Dempsey offers surprising, even controversial, ideas on how to prevent the fulfillment of this nightmare scenario. They include an attack on water commercialization, curbing abuse of the Great Lakes Compact, and devising plans for limited sharing of the Great Lakes to forestall humanitarian disasters. If the Great Lakes are to remain great, new thinking and action will be required.