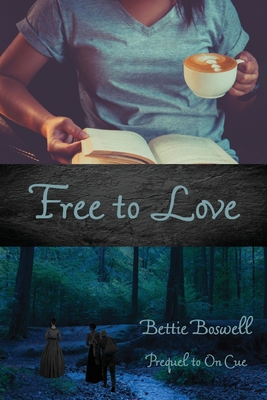 As Ginny writes her musical, inspiration comes from journal entries, letters and poems, telling the story of a mistress and her maid, bound together by slavery and blood, journeying toward freedom and love.

Early and Missy Hollings, her mistress, have always been together. Missy keeps a journal of the dangers both young women face while living with her nefarious stepbrother. Her father seems oblivious to their safety until the stepbrother's threatening advances increase. When Missy's father realizes both young women are in danger, he allows them to leave on a journey north with an aunt. He also reveals the shameful secret behind the young women's true relationship. The aunt insists that George, another slave, must be part of their journey, to keep Early safe. When Missy's family forces Early into marriage with George, will their relationship be forever changed?

They encounter dangers and help on their journey north. Will Early and George's forced marriage survive the dangers along the way when their path separates them from Missy?