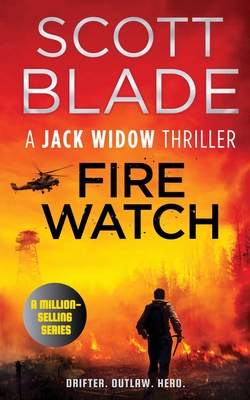 She's on the run. He's passing through. When the Cartels send kill squads after her, only Jack Widow can protect her.

Molly DeGorne is a woman on the run, wanted for murdering her abusive husband. She's accused of setting him and their Seattle home on fire. Scared, alone, and with no one to trust, she runs to the only place she thinks is safe, her summer post as a fire lookout. Only it may not be as safe as she suspects.

The only hope that she's got is a drifter she just met-Jack Widow.

International bestseller Scott Blade fires up the page with thrills, passion, and explosive action in the eighth book in the Jack Widow series.

★★★★★ An action-packed mystery that will set your pages ablaze

★★★★★ Fire Watch has to be the best of the series, and that's saying a lot