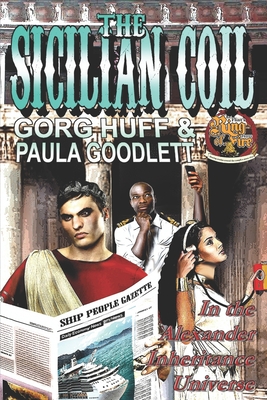 
Email or call for price.
A new book in the Alexander inheritance universe

The impact of the time transposition that brought a twenty-first century cruise ship to the Hellenic world right after the death of Alexander the Great continues to unfold. While President Al Wiley is building a new America in Trinidad and Captain Lars Floden is trying to use the Queen of the Sea to spread enlightenment around the world, Rome is experiencing a wakeup call-and so are its neighbors. If things don't change, the Roman republic is going to become a dictatorship. And if things don't change, the Samnites, Etruscans and other Italian states will become subjects of the Roman Empire.

And what's worse, the heirs of Alexander the Great aren't the sort of people who are going to stay within their borders and let the rest of Europe-or Asia, or North Africa-work out their own destinies. It would be bad enough to be subjects of Rome. To be subjects of the Macedonians was something you wouldn't wish on a Gaul. Something must be done. And with the help of the radio teams that give Rome and the other Italian states access to the knowledge from the twenty-first century, something will be.