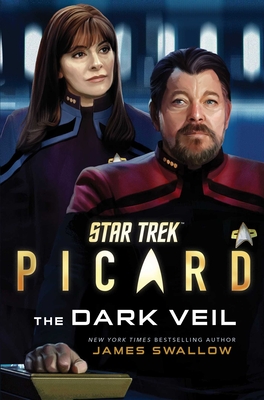 The thrilling untold adventure based on the acclaimed Star Trek: Picard TV series!

The Alpha Quadrant is mired in crisis. Within the United Federation of Planets, a terrorist strike on the shipyards of Mars has led to the shutdown of all relief efforts for millions of Romulans facing certain doom from an impending super­nova. But when the USS Titan is drawn into a catastrophic incident on the Romulan-Federation border, Captain William Riker, his family, and his crew find themselves caught between the shocking secrets of an enigmatic alien species and the deadly agenda of a ruthless Tal Shiar operative. Forced into a wary alliance with a Romulan starship commander, Riker and the Titan crew must uncover the truth to stop a devastating attack—but one wrong move could plunge the entire sector into open conflict!

James Swallow is a New York Times and Sunday Times (UK) bestselling author, BAFTA-nominated screenwriter, and the only British writer to have worked on a Star Trek television series. His Star Trek fiction includes The Latter Fire, Sight Unseen, The Poisoned Chalice, Cast No Shadow, Synthesis, Day of the Vipers, The Stuff of Dreams, Infinity’s Prism: Seeds of Dissent, and short stories in Seven Deadly Sins, Shards and Shadows, The Sky’s the Lim­it, and Distant Shores. His other works include the Marc Dane thriller series and tales from the worlds of 24, Doctor Who, Star Wars, Halo, Warhammer 40,000, and more. He lives and works in London.