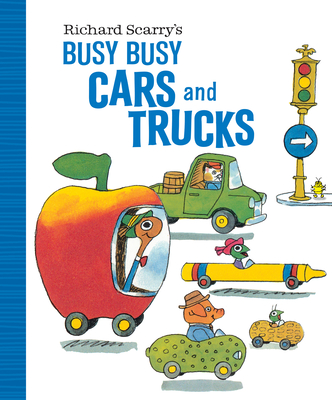 A Richard Scarry board book full of vehicle fun!

Buckle up and hit the road with an exciting array of vehicles from the one-and-only Richard Scarry. All your favorites are here, from cement trucks and pickle cars to motorcycles and fire trucks! This action-packed board book will have little drivers eager to take it for a spin time and time again.