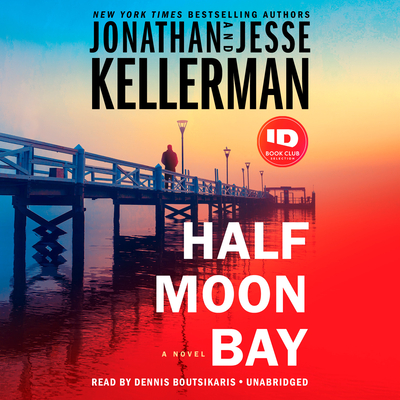 This is book number 3 in the Clay Edison series.

Deputy Coroner Clay Edison discovers that buried secrets can be deadly in this riveting thriller from a father-son team of bestselling authors who write “brilliant, page-turning fiction” (Stephen King).

Clay Edison has his hands full. He’s got a new baby who won't sleep. He’s working the graveyard shift. And he’s trying, for once, to mind his own business. Then comes the first call. Workers demolishing a local park have made a haunting discovery: the decades-old skeleton of a child. But whose? And how did it get there?

No sooner has Clay begun to investigate than he receives a second call—this one from a local businessman, wondering if the body could belong to his sister. She went missing fifty years ago, the man says. Or at least I think she did. It’s a little complicated.

And things only get stranger from there. Clay’s relentless search for answers will unearth a history of violence and secrets, revolution and betrayal. Because in this town, the past isn’t dead. It’s very much alive. And it can be murderous.

JONATHAN KELLERMAN is the #1 New York Times bestselling author of more than forty crime novels, including the Alex Delaware series, The Butcher's Theater, Billy Straight, The Conspiracy Club, Twisted, True Detectives, and The Murderer's Daughter. With his wife, bestselling novelist Faye Kellerman, he co-authored Double Homicide and Capital Crimes. With his son, award-winning playwright and bestselling novelist Jesse Kellerman, he co-authored Crime Scene, A Measure of Darkness, The Golem of Hollywood, and The Golem of Paris. He is also the author of two children's books and numerous nonfiction works, including Savage Spawn: Reflections on Violent Children and With Strings Attached: The Art and Beauty of Vintage Guitars. He has won the Goldwyn, Edgar, and Anthony awards and the Lifetime Achievement Award from the American Psychological Association and has been nominated for a Shamus Award. Jonathan and Faye Kellerman live in California, New Mexico, and New York.

Praise for the Clay Edison series

“As for the keen sense of drama, it must be a genetic trait. . . . Unlike most crime writers (not to mention most of their readers), who revel in the bloody aftermath of a violent encounter, the Kellermans show compassion for the survivors, including conscientious officials like Edison.”—The New York Times Book Review

“Edison is an interesting protagonist, a good man for whom finding the truth is more important than anything else, including his own safety. He’s gentle and strong, compassionate and ruthless, methodical and impulsive.”—Booklist

Praise for Jonathan and Jesse Kellerman

“[Jesse] Kellerman has a gift for creating compelling characters as well as for crafting an ingenious plot that grabs the reader and refuses to let go.”—Publishers Weekly (starred review)