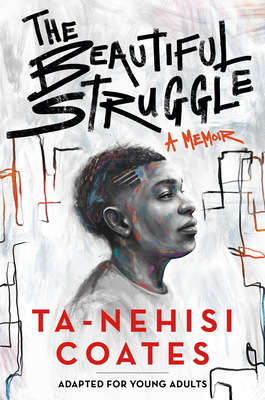 
Usually Ships in 1-5 Days
Adapted from the adult memoir by the #1 New York Times bestselling author of The Water Dancer and Between the World and Me, this father-son story explores how boys become men, and quite specifically, how Ta-Nehisi Coates became Ta-Nehisi Coates.

As a child, Ta-Nehisi Coates was seen by his father, Paul, as too sensitive and lacking focus. Paul Coates was a Vietnam vet who'd been part of the Black Panthers and was dedicated to reading and publishing the history of African civilization. When it came to his sons, he was committed to raising proud Black men equipped to deal with a racist society, during a turbulent period in the collapsing city of Baltimore where they lived.

Coates details with candor the challenges of dealing with his tough-love father, the influence of his mother, and the dynamics of his extended family, including his brother "Big Bill," who was on a very different path than Ta-Nehisi. Coates also tells of his family struggles at school and with girls, making this a timely story to which many readers will relate.
Ta-Nehisi Coates is the author of The Water Dancer, The Beautiful Struggle, We Were Eight Years in Power, and Between the World and Me, which won the National Book Award in 2015. He is the recipient of a MacArthur Fellowship. Ta-Nehisi lives in New York City with his wife and son. Visit him online at Ta-NehisiCoates.com and @tanehisipcoates on Instagram.
"A beautiful meditation on the tender, fraught interior lives of Black boys." –Kirkus Reviews, starred review

“This title would be a great read for parent and child bonding, but it would also make a great leisure read for the young person who finds solace in understanding the diversity of humanity of those around them.” –Booklist

“Coates’ singing prose brings his youthful world into sharp relief, conveying his strong affection for his family and, when he finds them, his circle of friends; quick wit, streamlined explanations, and opulent turns of phrase set him up as a master storyteller.” –The Bulletin

“Coates reimagines the very real conflicts of his world in fantastical terms--knights and kings vying for territory, orcs and goblins waiting to attack unsuspecting victims…. An accessible and enlightening edition of an extraordinary book.” –Shelf Awareness