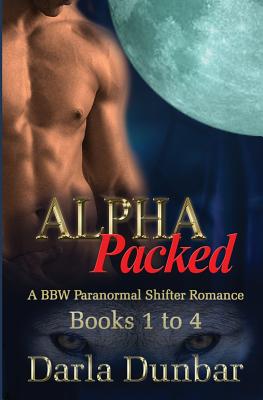 Darlene discovers an inner power that can help her werewolf boyfriend, Idris, in his fight against a rival pack. How can she hope to master such power if it frightens her so?

***Due to sexually graphic content and language that some may find offensive, this book is intended for mature readers only***

This complete set contains Books 1 to 4

Darlene has led a quiet life since suffering through a terrible break-up. She wants nothing more than to spend her time in front of the TV, away from any sort of trouble. But all that goes down the drain when handsome, rugged and rough Idris comes into her life. He is a werewolf on the lookout for his missing pack leader. Darlene quickly finds herself pulled towards this mysterious man and at the same time finds herself falling deeper and deeper into the world of the supernatural.

Darlene finally has Idris all to herself. But with forces outside her control threatening her safety, will she be able to juggle both Idris and her newfound powers? Idris is being threatened with exile over telling Darlene about his world. With pressure mounting from both packs, he tries to protect Darlene from whatever he can. But Vivica, his old vampire girlfriend, will stop at nothing to get him back into her life - or else.

With Idris facing a life time as an Exsul, Darlene finds herself trying to cope with her own power of seeing and connecting with spirits. Idris is tormented by his life choices and where he ends up at the risk of shoving Darlene away from him. Then Idris' maker turns up on his doorstep with a seductive promise - to lead a pack of Exsuls for the purpose of changing the future of all werewolves to come. Will Idris and Darlene be able to survive these trying times?

Just as Darlene thinks her life has settled down, a terrible old foe returns for revenge. Darlene is still learning how to control her abilities with the spirit world when Jacob returns with an army of his own werewolf/vampire hybrid creatures. He has only one goal... get his revenge on Darlene and the packs that ruined his plan with Lucian the first time around. Darlene and Idris find themselves fighting for survival for the final time - but will they both survive?