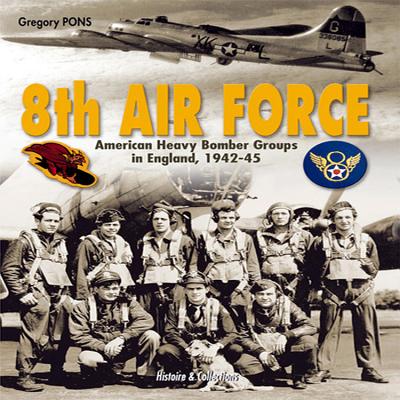 
Email or call for price.
Americas strategy for complete victory over Nazi Germany called for the utter destruction of major its major industrial areas. These raids were carried out as early as 1942 by hundreds of heavy bombers from the US 8th Air Force, based in England.

The descriptions of combat missions flown by B-17 crews over occupied Europe and the Reich are illustrated with official and private pictures taken from the personal albums of pilots, crew members, mechanics and Air Force photographers.
Gregory Pons is one of the leading European experts on American military aviation in World War II. He has contributed several articles to the French Militaria Magazine and has been collecting Air Force memorabilia and photo-albums for over twenty years.