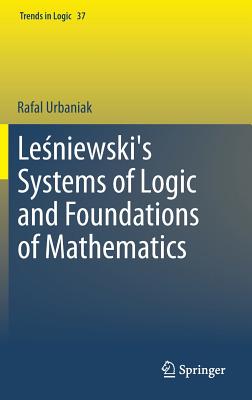 This meticulous critical assessment of the ground-breaking work of philosopher Stanislaw Leśniewski focuses exclusively on primary texts and explores the full range of output by one of the master logicians of the Lvov-Warsaw school. The author's nuanced survey eschews secondary commentary, analyzing Leśniewski's core philosophical views and evaluating the formulations that were to have such a profound influence on the evolution of mathematical logic.

One of the undisputed leaders of the cohort of brilliant logicians that congregated in Poland in the early twentieth century, Leśniewski was a guide and mentor to a generation of celebrated analytical philosophers (Alfred Tarski was his PhD student). His primary achievement was a system of foundational mathematical logic intended as an alternative to the Principia Mathematica of Alfred North Whitehead and Bertrand Russell. Its three strands-'protothetic', 'ontology', and 'mereology', are detailed in discrete sections of this volume, alongside a wealth other chapters grouped to provide the fullest possible coverage of Leśniewski's academic output.

With material on his early philosophical views, his contributions to set theory and his work on nominalism and higher-order quantification, this book offers a uniquely expansive critical commentary on one of analytical philosophy's great pioneers.​