Adjustment and general health in patients with suicide attempts (Paperback) 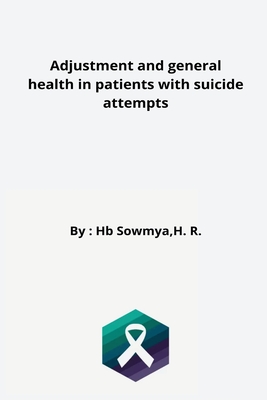 INTRODUCTION Life is extremely valuable and the nature has gradually created and evolved natural life in every one of the structures to be lived its course completely. So when an individual decides to end one's life unnaturally, they lose the only chance that the nature has offered which includes living and encountering all phases of life, to the maximum. Be that as it may, the experience of life for few is typically not generally meaningful one and various individuals react to such events or circumstances, in different ways. Some can adapt with the stress of disappointment or potentially failure, while the others let disappointment, bitterness and a feeling of defeat consume their will to live and consent to make that last step of ending their valuable life. Suicidal ideation is a first threatening sign of serious suicidal behavior. It is particularly defined as the realm of ideas and thoughts about suicide or death and serious self-injurious behavior. It consists of thoughts which are closely related to the conduct, planning, and outcome of suicidal ideation, particularly as the last relates to thoughts about the response of others. Researcher has focused on suicidal behavior as a distinct form of psychological disturbance and a domain of suicidal behavior. Even though, not all persons who have suicidal ideation will finally attempt suicide, for many individuals such thoughts may be a predecessor to more serious suicidal behaviors. There are lots of factors may contribute to suicidal ideation of an individual, including daily hassle, personal and societal factor as well as the interaction amongst these variables. Furthermore, suicide or purposeful self-harm, an event considered as more of a cultural or social fact is recently recognized as a community health problem in most of the nations. The health of young is of great importance for the future of societies. In this context, the suicide rate is a sensitive measure of psychological and social state of a nation. An examination of the suicide rate, worldwide, of young adults may reveal something of their well-being. The latest available data on rate of suicide (Registrar General of India, 2006) shows that more than one lakh persons (1,18,112) in the country lost,