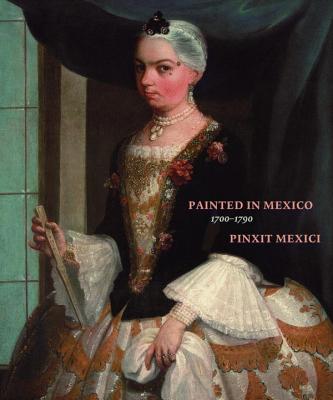 This beautiful and groundbreaking book provides the first in-depth reassessment of 18th-century Mexican painting, making accessible an extraordinary body of images, alongside compelling new scholarship. This stunning volume represents the first serious effort to reposition the history of 18th-century Mexican painting, a highly vibrant period marked by major stylistic changes and the invention of new iconographies. Exquisitely illustrated with newly commissioned photography of never-before-published artworks, the book provides a broad view of the connections of Mexican painting with transatlantic artistic trends and emphasizes its own internal developments and remarkable pictorial output. During this time painters were increasingly asked to create mural-size paintings to cover the walls of sacristies, choirs, staircases, cloisters, and university halls among others. Significantly, the same artists also produced portraits, casta paintings (depictions of racial mixing), folding screens, and finely rendered devotional images, attesting to their extraordinary versatility. Authored by leading experts in the field, the book’s essays address the tradition and innovation of Mexican painting, the mobility of pictures within and outside the viceroyalty, the political role of images, and the emphasis on ornamentation. Rounding out this volume are over 130 catalogue entries that offer new and authoritative interpretations.

Ilona Katzew is Curator and Head of the Department of Latin American Art at the Los Angeles County Museum of Art.


“The exhibition is exciting because we are literally witnessing the invention of an entire art history. There has never been a comprehensive show of 18th century New Spanish art... The show, a herculean effort that took six years to pull off, is a first….The catalog is a brick — 512 profusely illustrated pages with often superlatives texts — a book destined to become a standard reference." -Christopher Knight, Los Angeles Times

"Along with superlative essays on the force of religion, the authority of portraiture, the use of ornament and the circulation of paintings between Mexico and Spain, the book details more than 130 masterpieces from an age of opulence."—Jason Farago, The New York Times

“The catalogue is a landmark of scholarship. . . .The curators’ educated eyes are in evidence throughout the publication, and we the readers are given the benefit of decades of close and personal observation”—Anna O. Marley, Panorama: Journal the Association of Historians of American Art

"With Painted in Mexico, 1700-1790: Pinxit Mexici we finally have a wide-ranging, deeply researched appraisal of the eighteenth-century painters and their paintings. . . . This big, important book will be our guide to eighteenth-century painting and a touchstone for thinking about late colonial culture and politics for years to come"—William B. Taylor, Colonial Latin American Review

"The exhibition is a broad survey of a many kinds of 18th-century Mexican painting, including religious narratives, altarpieces, portraits, casta painting and more…The remarkable exhibition catalogue was published by DelMonico Prestel." —Tyler Green, The Modern Art Notes Podcast

"The exhibition on which this catalogue is based. . . was the largest show on viceregal Latin American painting in the history of the United States. . . . . [It] includes five excellent thematic essays that contextualize the paintings historically and socially" —Gauvin Alexander Bailey, The Burlington Magazine

"The works brought together in this exhibit and catalog. . .will without doubt (re)define the canon of eighteenth-century New Spanish painting for decades to come . . . . Painted in Mexico will. . . reverberate as an imposing announcement of a certain kind of arrival for the field—Aaron Hyman, Colonial Latin American Review

“Immaculately written and lavishly illustrated, [the book] is a fitting representation of decades of curatorial and scholarly efforts on the part of its authors, and the beauty, historical worth, and current relevance of this area of study”—Kelly Donahue-Wallace, Latin American and Latinx Visual Culture