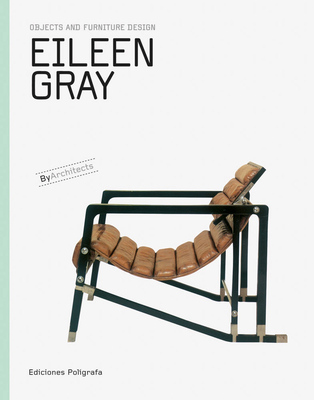 Neglected for most of her career, Eileen Gray (1878-1976) is now regarded as one of the most important furniture designers and architects of the early 20th century and the most influential woman in those fields. Her work inspired both modernism and Art Deco. Gray was to stand alone throughout her career, first as a lacquer artist, then a furniture designer and finally as an architect; at a time when other leading designers were almost all male and mostly members of one movement or another--whether a loose grouping like De Stijl in the Netherlands--she remained staunchly independent. Gray's design style was as distinctive as her way of working, and she developed an opulent, luxuriant take on the geometric forms and industrially produced materials used by the International Style designers (Le Corbusier, Charlotte Perriand and Mies van der Rohe).
This affordable volume presents the works for which she remains revered today.