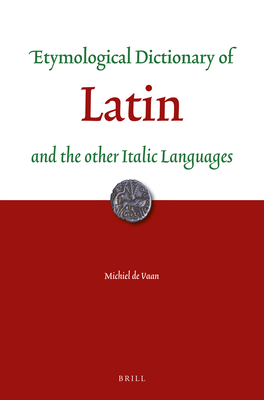 
Email or call for price.
A new etymological dictionary of the entire Latin lexicon of Indo-European origin, and of the inherited stock of the other ancient Italic languages, such as Oscan, Umbrian and South Picene.
Michiel de Vaan (Ph.D. 2002) teaches comparative Indo-European linguistics, historical linguistics and dialectology at Leiden University. He has published extensively on Germanic, Albanian, and Indo-Iranian linguistics and philology, including The Avestan Vowels (2003) and Germanic Tone Accents (ed. 2006).