The Richest Man in Babylon (Paperback) 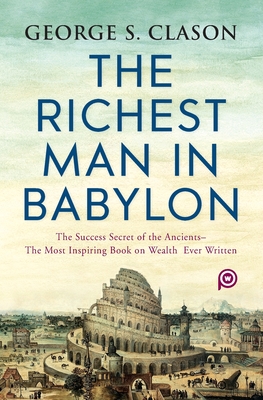 The Richest Man in Babylon (Paperback)


Usually Ships in 1-5 Days
First published in 1926, 'The Richest Man in Babylon' is an inspirational classic that is celebrated as the greatest of books on finances by George S. Clason, an American author. Clason was a successful businessman who founded the Clason Map Company of Denver, Colorado, and published the first road atlas of the United States and Canada. This book was initially a prominent series of pamphlets on thrift and financial success, using parables set in ancient Babylon, written by Clason, and circulated in large quantities by banks and insurance companies and later became familiar to millions.

It is a timeless classic, revealing the secrets to making money and keeping it. It reveals the secrets to wealth, providing priceless guidance, advice, unforgettable parables, financial problem-solving tools, and invaluable information which will get you on your way to prosperity. This book is an essential read for all who want to attain financial well-being.

The parables are told by a fictional Babylonian character called Arkad, a poor scribe who evolved as the richest man in Babylon. Incorporated in Arkad's advice are the 'Seven Cures' (or how to generate money and wealth), and the 'Five Laws of Gold' (or how to protect and invest wealth). An essence of Arkad's advice is around 'paying yourself first', 'living within your means', 'investing in what you know', the importance of 'long-term saving', and 'homeownership'.

1. An Historical Sketch of Babylon

2. The Man Who Desired Gold

3. The Richest Man in Babylon

4. Seven Cures for a Lean Purse

5. Meet the Goddess of Good Luck

6. The Five Laws of Gold

7. The Gold Lender of Babylon

8. The Walls of Babylon

9. The Camel Trader of Babylon

10. The Clay Tablets from Babylon

11. The Luckiest Man in Babylon.