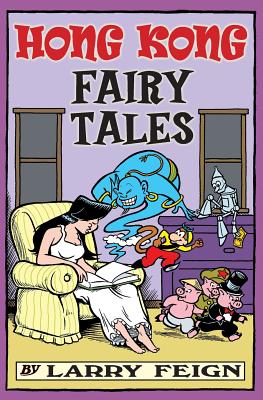 Why settle for the original stories when you can get these cheap Hong Kong knock-offs? Enhance your bedtime reading with:

Larry Feign has been disappointing his mother, who still thinks he'd make a fine brain surgeon, since the age of seven, when his writing and cartoons first appeared in his primary school magazine. Since then, his work has appeared in Time, The Economist, Fortune, and many other publications around the world. He has produced and directed animation for Disney and Cartoon Network, and has received numerous awards and fellowships. His mother still dreams that he'll become a doctor.