Physiology, Promiscuity and Prophecy at the Millennium: A Tale of Tails (Studies of Nonlinear Phenomena in Life Science #7) (Hardcover) 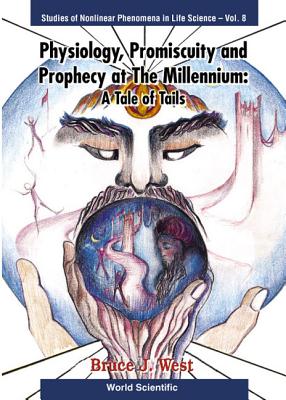 Physiology, Promiscuity and Prophecy at the Millennium: A Tale of Tails (Studies of Nonlinear Phenomena in Life Science #7) (Hardcover)

This is book number 7 in the Studies of Nonlinear Phenomena in Life Science series.

This book concerns the development of a theory of complex phenomena; using such concepts as fractals; chaos; and fractional derivatives; but; most important; the idea of an allometric control process is developed. In summary the theory attempts to explain why the distribution in the intensity of wars is the same as the relative frequency of the number of words used in languages and the number of species evolved over time from one or a few remote ancestors. The theory also describes the similarity in the variability of the number of births to teens in Texas to the number of sexual partners in homosexual liaisons. The data in both of the aforementioned categories are shown to have long-term memory; and it is this memory that also gives rise to inverse power laws in such physiological phenomena as the interbeat interval distribution of the human heart; the interstride interval distribution in the human gait; and memory in DNA sequences.