The Claiming of the Shrew (Survivors #5) (Compact Disc) 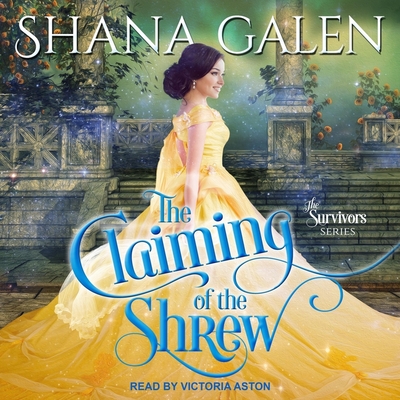 The Claiming of the Shrew (Survivors #5) (Compact Disc)

This is book number 5 in the Survivors series.

What happens when a marriage of convenience isn't so convenient? Lieutenant Colonel Benedict Draven has retired from the army and spends most of his days either consulting for the Foreign Office or whiling away the hours at his club with his former comrades-in-arms. He rarely thinks about the fiery Portuguese woman he saved from an abusive marriage by wedding her himself. It was supposed to be a marriage in name only, but even five years later and a world away, he can't seem to forget her. Catarina Neves never forgot what it felt like to be scared, desperate, and subject to the whims of her cruel father. Thanks to a marriage of convenience and her incredible skill as a lacemaker, she's become an independent and wealthy woman. But when she's once again thrust into a dangerous situation, she finds herself in London and knocking on the door of the husband she hasn't seen since those war-torn years in Portugal. Catarina tells Benedict she wants an annulment, but when he argues against it, can she trust him enough to ask for what she really needs? Contains mature themes.