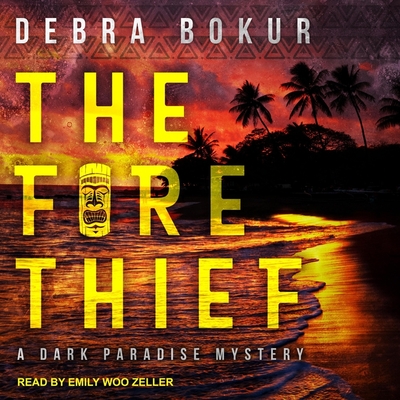 Under a promising morning sky, police captain Walter Alaka'i makes a tragic discovery: the body of a teenage surfer bobbing among the lava rocks of Maui's southeastern shore. It appears to be an ill-fated accident, but closer inspection reveals something far more sinister than the results of a savage wave gone wrong. Now that Alaka'i is looking at a homicide, he solicits the help of his niece, Detective Kali Mahoe. The granddaughter of one of Hawaii's most respected spiritual leaders, and on the transcendent path to becoming a kahu herself, Kali sees evidence of a strange ritual murder. The suspicion is reinforced by a rash of sightings of a noppera-bo--a faceless and malicious spirit many believe to be more than superstition. When a grisly sacrifice is left on the doorstep of a local, and another body washes ashore, Kali fears that the deadly secret ceremonies on Maui are just beginning. To uncover a motive and find the killer, Kali leans on her skills at logic and detection. But she must also draw on her own personal history with the uncanny legends of the islands. Now, as the skies above Maui grow darker, and as she balances reason and superstition, Kali can only wonder: Who'll be the next to die? And who--or what--is she even on the trail of?