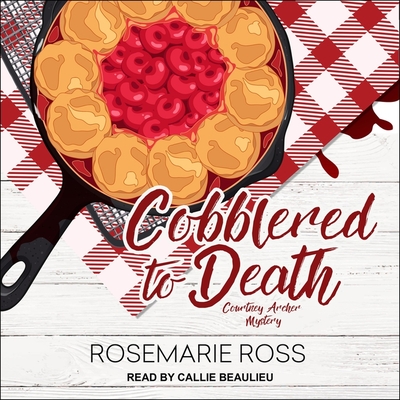 By Callie Beaulieu (Read by), Rosemarie Ross
$24.99
Email or call for price.

Out of the frying pan, into the fire . . . Courtney Archer is known for hosting the show Cooking with the Farmer's Daughter . . . despite the fact that she's actually a pediatrician's daughter. Now she's signed on for a role on The American Baking Battle. On this reality show, she can start developing a more authentic image for herself--and as a bonus, the usual backstabbing and manufactured drama isn't part of the Baking Battle script. But genuine drama is heating up behind the scenes . . . During a film shoot in the scenic Pocono Mountains, Courtney has to juggle career commitments like pots on a six-burner stove. Adding to the stress is Mick, a contestant who finds out about her fake farm-girl story. Determined to succeed at her new gig, she whips up a cherry cobbler in a cast-iron fry pan one evening and leaves it out to cool. But the next morning, it's Mick's body that's cooling--right next to Courtney's pan, now classified as a murder weapon . . .