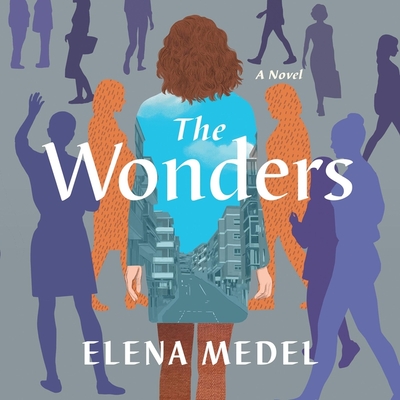 A mesmerizing read . . . I was completely engrossed in this story, in the shadow each generation casts on the one that comes after it, in the tension between caring for oneself and caring for others. --Avni Doshi, author of the Booker Prize finalist Burnt SugarThrough the vivid interior worlds of two unforgettable characters, Elena Medel brings a half century of the feminist movement to life, revealing how little has really changed for women who work the night shift.

Winner of the prestigious Francisco Umbral Prize for Book of the Year and already a sensation in Spain, The Wonders follows Mar a and Alicia through the streets of Madrid, from job to job and apartment to apartment, as they search for meaning and stability, unknowingly tracing each other's footfalls across time.

Mar a moved to the city in 1969, leaving her daughter with her family but hoping to save enough to take care of her one day. She worked as a housekeeper, a caregiver, a cleaner--somehow always taking care of someone else. Two generations later, during the Women's March in 2018, Alicia was working at the snack shop in the Atocha train station when it overflowed with protesters and strikers. Women, so many women, were flooding the streets with their signs and chants. She couldn't have known Mar a was among them; she was on the clock. And later, she'd be looking for someone else, a man to take her away for a few hours, to make her forget. Anyone but her husband, with his pleas to go on bike rides together, to have children, to act like the other thirtysomething couples they knew.

Medel's lyrical sensibility reveals her roots as a poet, but her fast-paced and expansive storytelling show she's a novelist ahead of her time. With grit, texture, and mesmerizing prose, The Wonders launches an inimitable new voice in fiction.