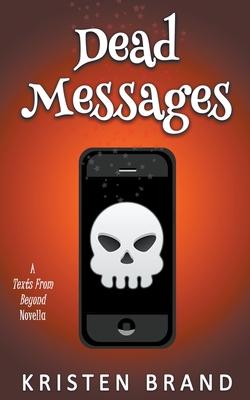 Sydney Farina, full-time baker and cynic, is having a bad enough week when her boss forces her to go into work on her day off. When she arrives to find her boss's corpse on the floor, her week gets a whole lot worse.

She's shocked to learn it was murder--though maybe not too shocked. Her short-tempered boss, Glenda Whitaker, made more enemies than she did sprinkled cupcakes.

Then the texts start coming.

They're from Glenda's number, demanding Sydney find out who murdered her. Sydney thinks the messages are a bad joke at first, but when they reveal things only Glenda would know, she's forced to accept the truth:

She's getting texts from a dead woman.

Glenda's ghost wants justice, but Sydney doesn't know the first thing about solving murders. As she investigates her coworkers, can she find out who killed Glenda? Or will she join her grouchy boss on the other side of the grave?

Dead Messages is a cozy mystery novella with a touch of the paranormal. If you like quirky characters and fun whodunits, then dive in and start reading today.