While You Were Dreaming (Compact Disc) 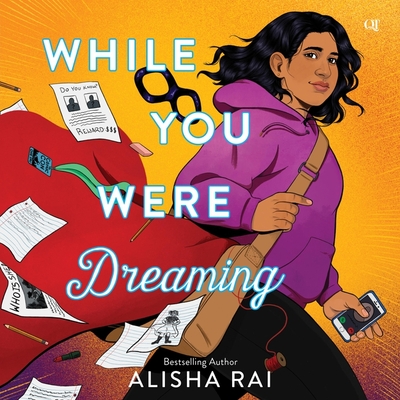 While You Were Dreaming (Compact Disc)

In this debut contemporary YA romance by bestselling author Alisha Rai, a girl with undocumented family members goes viral after saving her crush's life in disguise. A must read for fans of Sandhya Menon and Nicola Yoon.

It's a classic story: girl meets boy, girl falls for boy, boy finally notices girl when he sees her in a homemade costume. At least, that's what Sonia Patil is hoping for when she plans to meet her crush at the local comic-con in cosplay.

But instead of winning her crush over, Sonia rescues him after he faints into a canal and, suddenly, everything changes. Since she was in disguise, no one knows who the masked do-gooder was . . .but everyone is trying to find out. Sonia can't let that happen--her sister is undocumented, and the girls have been flying under the radar since their mother was deported back to Mumbai.

Sonia finds herself hiding from social media detectives and trying to connect with her crush and his family. But juggling crushes and a secret identity might just take superpowers. Can Sonia hide in plain sight forever?