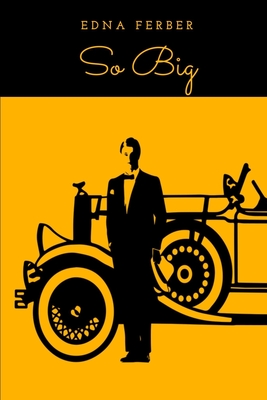 Until he was almost ten the name stuck to him. He had literally to fight his way free of it. From So Big (of fond and infantile derivation) it had been condensed into Sobig. And Sobig DeJong, in all its consonantal disharmony, he had remained until he was a ten-year-old schoolboy in that incredibly Dutch district southwest of Chicago known first as New Holland and later as High Prairie. At ten, by dint of fists, teeth, copper-toed boots, and temper, he earned the right to be called by his real name, Dirk DeJong. Now and then, of course, the nickname bobbed up and had to be subdued in a brief and bitter skirmish. His mother, with whom the name had originated, was the worst offender. When she lapsed he did not, naturally, use schoolyard tactics on her. But he sulked and glowered portentously and refused to answer, though her tone, when she called him So Big, would have melted the heart of any but that natural savage, a boy of ten. The nickname had sprung from the early and idiotic question invariably put to babies and answered by them, with infinite patience, through the years of their infancy. - Taken from "So Big" written by Edna Ferber.