The Lord of the Highwaymen: A Historical Romance Novella (Paperback) 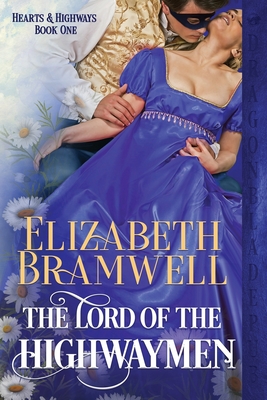 The Lord of the Highwaymen: A Historical Romance Novella (Paperback)


Usually Ships in 1-5 Days
It's one thing to pretend to be a highwayman, but quite another to hold up the lady you love.Dive into book 1 of the new Hearts & Highways series by Elizabeth Bramwell. Read for free in Kindle Unlimited Following his disastrous attempt to woo the woman he loves, the Honorable William Haddington and his friends retire to Brooks club to drown their sorrows, only to find themselves agreeing to a ridiculous wager: they must don masks and cloaks to begin temporary careers as highwaymen, or lose their fortunes to men they despise.Confused and frustrated by the odd encounter with the man she adores, Lady Amelia Fellowes is in no mood to suffer fools when five well-dressed men try to hold up her carriage in the middle of Hyde Park. When a second group of thieves arrive moments later, her temper flares. After all, she knows better than to leave her fate in the hands of mere men, and decides to take charge of the situation. What she does not expect, however, is to recognize the handsome leader of one group of rogues, or that he will ask her to dance with him in the moonlight.William, feeling brave behind his mask, takes the chance to flirt outrageously with the woman he has loved since childhood. Amelia is strong, intelligent, and permanently above his touch, but in his current disguise, he is free to treat her with the gallantry and romance he has always wished to show. When she responds to him in kind, he almost forgets why he's dressed up as a highwayman in the first place. The real criminals of the road, however, are not about to make that mistake.Hearts & HighwaysBook 1 - The Lord of the HighwaymenBook 2 - The Marquess of Hyde ParkBook 3 - The Duke of the Great North RoadBook 4 - The Chevalier of South StreetBook 5 - The Earl of Hounslow Heath.