Narrative of the Life of FREDERICK DOUGLASS (Annotated): An American Slave. Written by Himself. (A Narrative of Frederick Douglass, Autobiography. A B (Paperback) 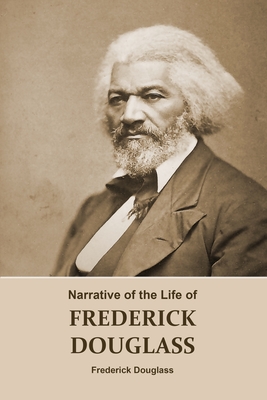 By Frederick Douglass
$9.99
Email or call for price.

Frederick Douglass was born in slavery as Frederick Augustus Washington Bailey near Easton in Talbot County, Maryland. He was not sure of the exact year of his birth, but he knew that it was 1817 or 1818. As a young boy he was sent to Baltimore, to be a house servant, where he learned to read and write, with the assistance of his master's wife.

Later in life he escaped slavery and became an influential social reformer. William Lloyd Garrison, a prominent American abolitionist, heard Douglass speak of his experience in slavery and invited him to speak at the antislavery convention in 1841. Douglass's passion captivated his audience, and following this, the American Anti-slavery Society hired him as a regular lecturer.

Frederick went on to become one of America's best-known and most influential abolitionists. His story gained even more prominence when he published the narrative found in this book, "Narrative of the Life of Frederick Douglass. An American Slave. Written by Himself.". This Frederick Douglass narrative outlines his struggle from enslavement and escape to freedom. Frederick published this in 1845, and by 1850 30,000 copies had been sold in the United States and Great Britain. Frederick Douglass' work is particularly moving as he provides a first-hand account of events. As he said, "I can tell you what I have seen with my own eyes, felt on my own person, and know to have occurred in my own neighborhood."

Frederick Douglass was an influential figure both in the abolitionist movement and the women's emancipation movement.