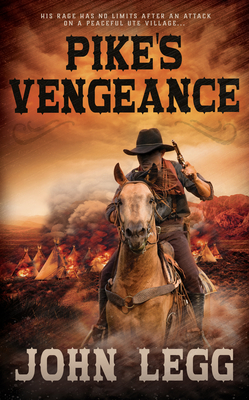 HIS RAGE HAS NO LIMITS AFTER AN ATTACK ON A PEACEFUL UTE VILLAGE.

Bounty hunter Brodie Pike cannot see all the good he has done, only the infrequent mistakes. So he decides to get away from people. Little does he know when he finds a beautiful valley in Colorado Territory's San Juan Mountains - where he plans to make his home - that the love of a Ute woman and the friendship of a warrior would change his life.

Blaming himself for a white men's attack on a peaceful Ute village, and the defiling of an eleven-year-old girl, Pike embarks on a trail of vengeance to make the white demons pay a bloody price.