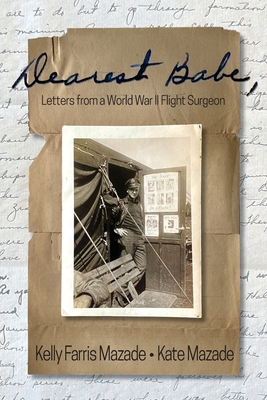 After the attack on Pearl Harbor in 1941, hundreds of thousands of men joined the war effort to defend the United States in World War II. The story of Joe W. King is not unlike those of other men. He enlisted in the Army, trained stateside, and was deployed. However, Joe's profession as a medical doctor led to his role as an Army Air Corps Flight Surgeon, an emerging medical specialty charged with overseeing the health of flight crews. He was stationed in Italy with the 451st Heavy Bombardment Group, caring for the B-24 Bomber crews of the 727th squadron. Joe wrote to his wife Babe almost every day that they were apart. Babe kept every single page, accumulating over 450 letters in a two year period. His letters chronicled daily life at camp-the ingenuity required to build a working base from nothing, the ins and outs of military medical care, and the camaraderie among men fighting to get home safely-all paired with the ever-present longing to be back with Babe and their family. Dearest Babe, is the story of how one man outlasted the loneliness and uncertainty of war by remembering every day what was waiting for him when he returned.