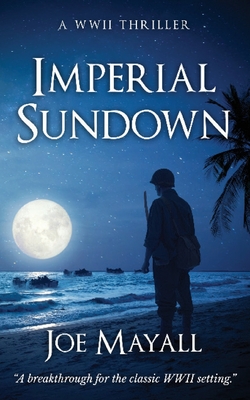 In the closing days of WWII, African-American Marine Willy Harmon is pulled from kitchen duty and thrown into the invasion of a remote Pacific atoll.

When the attack fails, Harmon's squad narrowly escapes execution. Hiding in the treacherous jungle, they cross paths with unlikely survivors of the Japanese occupation. But as their bellies rumble and night rolls in, tensions of race and nation flare, forcing Harmon to untie the group despite comrades' prejudices and his growing self-doubt.

Stalking the group is their would-be executioner, Sergeant Nakamura. Disillusioned with the warlords' guise of "honor," Nakamura sees carrying out Harmon's sentence as a last victory before his once-mighty Empire is crushed. But while the Americansmunderestimate him as a fanatic, Nakamura respects his enemy, enabling him to exploit the group's divisions and weaken their resolve.

As Nakamura closes in with his razor-sharp katana and blood-thirsty war hounds, Harmon fights to keep his team alive and unified until rescue can arrive. That is, if it's even coming...