Ready For Takeoff - Stories from an Air Force Pilot (Hardcover) 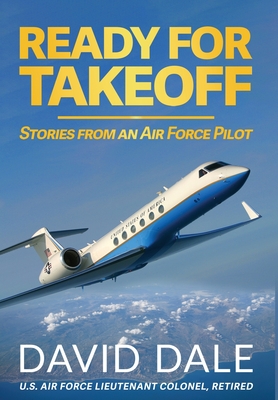 Ready For Takeoff - Stories from an Air Force Pilot (Hardcover)

Ready For Takeoff - Stories from an Air Force Pilot recounts the extraordinary events of my ordinary Air Force career. From B-52 Cold War nuclear alert as a navigator, to wartime aerial refueling missions during Desert Storm and the Bosnian War, to flying General Tommy Franks after the 9/11 terrorist attacks, my career intersected many moments in history. I began as a quiet navigator and rose to command an Air Force squadron tasked with flying our nation's commanding four-star generals and admirals. These stories represent the exploits of many proud Air Force service men and women.

Prior to every takeoff, pilots announce to the control tower that they are "ready for takeoff." The systems have been checked and the pilot is mentally prepared for whatever comes next. Psychologists know that some children benefit from equine therapy, interacting with horses to help them break out of their shell and gain self-confidence. I benefited from "aviation therapy.'' Aviation has influenced my life in so many positive ways. I grew up shy and lacking self-confidence. It wasn't until I started taking flying lessons at age 16 that I ventured out on my own to pursue my dream. Through aviation, I learned to make decisions, some of which could have life-or-death consequences. I scared myself a few times, but truly believe that I embody the slogan, "What doesn't kill you, makes you stronger." The life lessons I learned through aviation made me ready to takeoff into adulthood and a successful military career.